Commotion by the Ocean

How do we rescue America from the scourge of the corporate-funded Tea Party extremists? We took a big step in 2008 by electing Barack Obama, but need to sustain that momentum over time. To do this, it is important to leverage the excitement generated by the Obama campaign and promote progressive values at all levels of elected government. As in 2008, we need to have involvement, participation, and enthusiasm at the grass roots level.

Democracy for America is an organization that is actively working toward those goals. Founded by Governor Howard Dean, DFA promotes progressive candidates, primarily in congressional and municipal races.

This past weekend, I attended a DFA-sponsored Campaign Workshop in the heart of Red New Jersey – Ocean County. The approximately 50 attendees represented diverse demographics, all with a desire to promote a progressive agenda. Many of the participants were themselves candidates for office at the county and municipal level.

All of the facilitators were experienced political operatives who have worked on campaigns across the country. 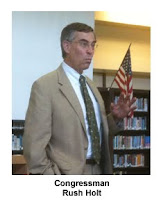 Jim Dean (Howard's Brother and head of DFA) kicked off the meeting and introduced two guests, New Jersey Assemblyman John Wiesnewski and Congressman Rush Holt. Wiesnewski is the Chair of the State Democratic Party, and not surprisingly spoke about the accomplishments of his party. Holt, one of the more progressive members of Congress, discussed lessons learned from his various electoral campaigns.

Topics covered during the general and breakout sessions included: 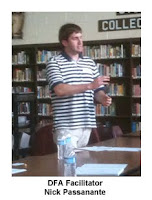 The information was plentiful, on point, and credible. Certainly, anyone running for office, no matter how far down in the political food chain, should consider participating in one of these workshops. While I don’t yet know if I will get involved much beyond this blog, I left the meeting energized and happy to have been in the company of such smart people with left-leaning views.

In today's political environment, where style often trumps substance, it is important that voters don't squander their constitutional right (or is it really an obligation?) to vote and become part of the solution. I was surprised that many of my friends and colleagues back home were unaware of the recent primary elections and did not take advantage of expressing their views through the ballot box. Unfortunately, today the electoral process has been hijacked by the corporate interests and party bosses. It is everyone's responsibility to not just be aware of the issues, but also to become more savvy on the process, and actively participate in it. 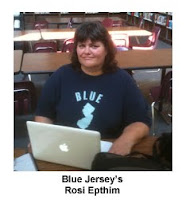 On Sunday morning, Rosi Epthim, Editorial Director of Blue Jersey, sponsored a blogger's breakfast.  Blue Jersey is a great place to go to find out what some of the hot issues are in Trenton – and you'll find coverage you won't get in your local newspaper.  Rosi's notes from the breakfast are here.

Memorable Quotes from the Workshop:
“Soon is not a time.”
“Never start a fight with someone who buys ink by the barrel.”
Posted by Deciminyan at 8:38 PM