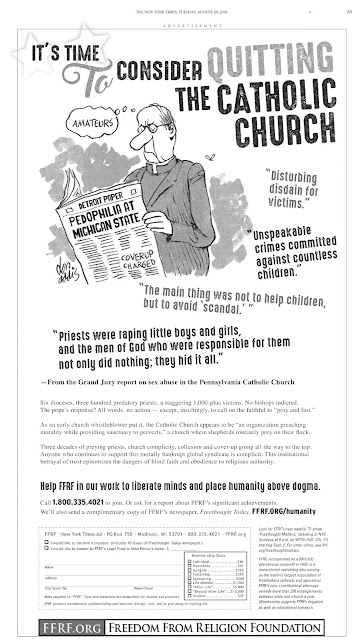 Posted by Deciminyan at 9:33 AM No comments:

On April 14, about a thousand people gathered on the steps of the Trenton War Memorial for the second annual New Jersey March for Science. This was one of the dozens of satellite marches in conjunction with the national march in Washington DC. Here are the speaker's remarks:


Posted by Deciminyan at 4:47 PM No comments:

Index of videos from the Haddon Heights March for Our Lives

Posted by Deciminyan at 9:02 AM No comments:

In a state where it’s legal to carry concealed weapons and it’s legal to shoot someone based on your personal assessment that they pose a threat to you, the Florida legislature has taken some welcome baby steps to promote gun safety. Their bill would impose a short three-day waiting period for the purchase of weapons similar to those used in the Parkland Massacre and raises the age for purchase of these killing machines to 21.

Granted, these are small, incremental improvements toward the safety of Florida citizens and I welcome that. But more so, I welcome the fact that the citizens of Florida now have their public servants engaged in a debate about gun safety, something that the Republican-controlled U.S. Senate refuses to do.
Posted by Deciminyan at 7:52 AM No comments:

On February 21, several hundred people converged on the grounds of Congressman Tom MacArthur's Marlton office to advocate for gun safety. MacArthur's staff hid inside the building while parents, students, teachers, and advocates spoke outside. Here are their videos.

Posted by Deciminyan at 9:48 AM No comments:

The Scourge of Nuclear Power

I recently attended a lecture about "Project Drawdown." This is an initiative not to just cap carbon emissions, but to actually reduce the amount of carbon trapped in the atmosphere in order to reverse the scourge of global climate change.
They promote 100 solutions - some of them obvious like various types of renewable energy - to some that might not seem directly related to climate change like family planning.
I purchased their book on Amazon, and am in the process of reading it.
Interestingly, one of the 100 solutions they enumerate is nuclear power. No doubt, nuclear power does not contribute to atmospheric carbon. But it does come with other environmental and societal risks. As the book states:
"One hundred solutions are featured in Drawdown. Of those, almost all are no-regrets solutions society would want to pursue regardless of their carbon impact because they have many beneficial social, environmental, and economic effects. Nuclear is a regrets solution, and regrets have already occurred at Chernobyl, Three Mile Island, Rocky Flats, Kyshtym, Browns Ferry, Idaho Falls, Mihama, Lucens, Fukushima Daiichi, Tokaimura, Marcoule, Windscale, Bohunice, and Church Rock. Regrets include tritium releases, abandoned uranium mines, mine-tailings pollution, spent nuclear waste disposal, illicit plutonium trafficking, thefts of fissile material, destruction of aquatic organisms sucked into cooling systems, and the need to heavily guard nuclear waste for hundreds of thousands of years"
I bring this up now because the New Jersey legislature is considering propping up the economically unviable nuclear industry in the state (The bill is S877). This will be a major mistake if it passes and is signed by the governor. These subsidies would be better used in the long run to promote renewable energy, a more robust grid, and yes, conservation. I'm sure that pursuing many of the 99 other initiatives in the book would be a better use of our limited resources. Please contact your legislator and tell them "no subsidies for an uneconomical and dangerous industry."
More on Project Drawdown can be found here. 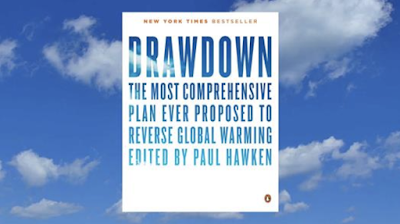 Posted by Deciminyan at 2:27 PM No comments:

Trading in your Chevy Nova

The Oyster Creek nuclear plant in Ocean County will be shutting down permanently in October of this year – 14 months ahead of the previously scheduled date, according to a press release from the New Jersey Sierra Club.
As the oldest plant in the country with essentially the same design as the Fukushima plant that continues to devastate Japan and the entire Pacific Ocean, it is obvious that the cost of safely operating the plant exceeds the revenue that the operator, Exelon, reaps. As the Sierra Club puts it, “It is like driving a 1969 Chevy Nova in the age of Tesla.”
Originally, the plant was scheduled to operate for another decade, but the owner decided to shut it down rather than investing in saving the wildlife in Barnegat Bay from the heated effluence.
The industry has very little experience in closing down these behemoths. There are numerous questions that our federal and state agencies need to answer – and ensure the safety of the public and the integrity of the taxpayer’s wallet.
Oyster Creek generates a significant portion of our state’s electricity. Due to the policies of the Republican Congress and our former Governor, we are way behind were we should and could be on renewable energy. Governor Murphy’s sensible initiative for wind and solar power will take years to come to fruition, so for the short term this demand shortfall will most likely be fulfilled by increased natural gas generation. No doubt the pipeline proponents will use this to justify more of these volatile installations across the state. According to the Sierra Club, Governor Murphy’s offshore wind proposal will generate six times the amount of energy that the plant has, so the long-term solution is clear.
The other issue is the cleanup and remediation of the site. We need to ensure that the plan Exelon puts forth is comprehensive and safe. Since our nation has no viable solution to the problem of nuclear waste storage, the only option is to store the highly radioactive detritus on site.
Finally, there’s the issue of jobs. There are about 700 workers at the plant, and we hope Governor Murphy, the legislature, and industry will find ways to utilize the skills these folks have – perhaps with retraining in the renewable energy sector – to keep them employed.
Closing the plant on the shores of the Atlantic will mitigate but not eliminate the probability of a release of toxic radioactive material. And the state’s other nuclear facility in Salem County continues to be a risk for the entire Philadelphia metropolitan area. But this is a first step. Let’s keep the pressure on our elected officials and on the plant operators to do it right – and minimize the risk for future generations.
Posted by Deciminyan at 2:54 PM No comments: 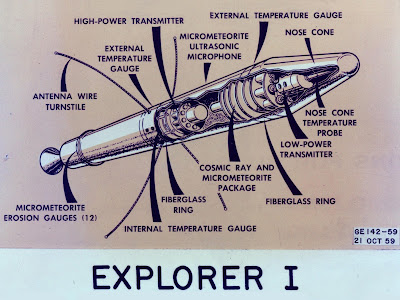 Posted by Deciminyan at 8:57 AM No comments: