You Can Do Better, Mr. Pepper

“We Can Do Better New Jersey” is a shadow organization that promotes school vouchers. Its web site gives no information about who funds it, nor does it list any of its principals. It refers to its founders as “various educational and philanthropic groups and individuals.”

There’s little doubt that the dollars behind this group come from those for-profit businesses that will benefit from the passage of the Opportunity Scholarship Act and the funneling of taxpayer money to their coffers.

Like many advocacy groups, “We Can Do Better New Jersey” also has a Facebook page. It appears to be run by one Dominic Pepper. But it is clear that he is not interested in any debate on vouchers based on factual discussions.

Recently, I posted my opinion on WCDBNJ’s Facebook page (see below). Within minutes, my post was removed and I was permanently banned from the group. Several other pro-education advocates posted similar messages and were also banned within minutes.

I have to say that Mr. Pepper is very efficient. My posts on Governor Christie’s page (also fact-based and not disparaging) usually stay there for several hours before they are removed, and (so far), I’ve not been banned from the Governor’s taxpayer-funded on-line presence.

And while I’ve been banned from his Facebook page, Mr. Pepper is welcome to post on mine (and has).

WCDBNJ has every right to run its Facebook page as it pleases. But the fact that the organization is not interested in civil discourse about vouchers is troubling. Perhaps it is worried that those pesky facts will get in the way.

When asked about the impact on those school districts which must send voucher money out of their systems, Mr. Pepper cited a report from the Office of Legislative Services stating that the OSA would not impact the districts financially. My request to Mr. Pepper for a copy of the OLS report went unanswered, but other pro-education advocates posted a link on my Facebook page that showed Mr. Pepper’s assertion to be absolutely false.

It’s a shame that Mr. Pepper and his organization are afraid to debate the issue. I am sending a link to this post to Mr. Pepper, and challenge him to refute the facts about charter schools and vouchers that were meticulously researched and documented by Jersey Jazzman here. If there’s no response, I will assume that Mr. Pepper simply cannot debunk the myths that organizations like his are promulgating.

Debates are based on factual arguments. Mr. Pepper is afraid to engage in debate simply because facts are not on his side. New Jersey should follow the lead of Pennsylvania and we should maintain and improve our public education by rejecting OSA and vouchers. And Mr. Pepper should not  ban pro-education advocates from the discussion. 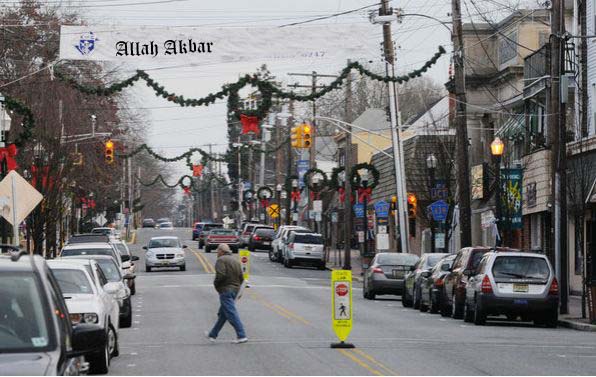 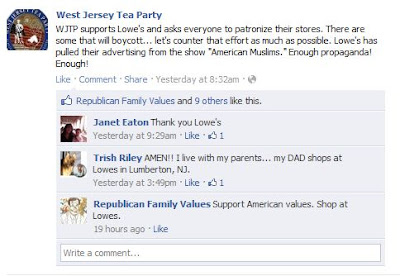 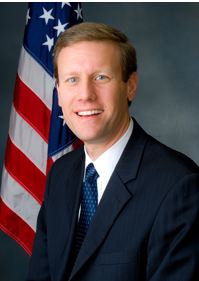 Over two decades ago, I did some volunteer work for a non-profit organization in Syracuse, New York. One of the executives at that organization was a young man named Dave Valesky. I remember his genuine appreciation toward me and other volunteers for putting in time to help there. His attitude toward his volunteers made working there fun and rewarding.

After I moved to New Jersey, I was pleased to learn that in 2004, Valesky was elected to the New York State Senate to represent the people of Central New York as a Democrat.

I was even more pleased to read this Catholic senator from a conservative district has been a supporter of marriage equality, leading to full marriage rights in the Empire State.

So even though the parameters of the marriage equality battle may be different in New Jersey, I reached out to Valesky to learn about his decision to vote for equality and how it might help the upcoming debate here. He was gracious enough to spend some time with me on a telephone interview.

Valesky was not always a supporter of marriage equality. He told me that at one time, he felt that civil unions would grant equal rights to same-sex couples. But prior to the 2009 vote, he took it upon himself to do some research – what he called an “educational process” – to learn more about the issue. Through this effort, he came to the conclusion that civil unions were “separate and unequal” in terms of the benefits that accrue to people who receive state marriage licenses.

But the key factor in Valesky’s decision to vote for marriage equality, both in the failed attempt in 2009 and the success in 2011, was separation of church and state. He said that his Catholic sacrament of marriage is totally different than the piece of paper he received from the State of New York. He spoke about this on the Senate floor, and with the help of four Republicans, marriage equality passed in the Republican-controlled Senate. (The New York Senate consists of 32 Republicans and 30 Democrats, four of whom caucus separately from their party as an independent group. Valesky is one of the four.)

I asked Valesky about the impact of his 2009 vote in his 2010 re-election bid. He told me that it was not a significant issue.

Of course, the situation here in New Jersey is different. Valesky told me that Governor Andrew Cuomo’s leadership on this issue was a significant factor in its success. Here, Governor Christie has already stated that his personal opposition to same-sex marriage will trump the equal rights issue. As long as our governor harbors national political ambition, groups like Garden State Equality will have an uphill battle in ensuring equal rights for all New Jerseyans.

While we can count on the progressive Democrats to do the right thing, the key to passing marriage equality will be convincing conservative Democrats, similar to Valesky, that civil and religious marriages are two separate issues. Senate President Sweeney has already said that he regrets abstaining on the vote that was taken last year. But we need to convince other Democrats like Fred Madden and John Girgenti to do the right thing.

Factual arguments and introspection, such as Valesky’s, are necessary. New York’s vote is a shot in the arm to the equality movement here. Contributions to Garden State Equality are essential to help get the message out. And we should show appreciation to those politicians who vote their conscience to promote rights for all.

Valesky is up for re-election next year. His campaign web site is here.
Posted by Deciminyan at 2:39 PM No comments:

We need jobs. Not jobs for kids cleaning school bathrooms as Newt Gingrich proposes, but real jobs where breadwinners can earn enough to support their families and maybe a bit more so they can enjoy an occasional vacation or recreational activity. But is the creation of any job, regardless of its consequences, necessarily good for America?

In their never-ending quest for outrageous profits, the dirty energy industry is conducting a full-court press to expand a process that produces tons of environmental waste and pollutes our drinking water.

Hydraulic fracturing or “fracking” involves pumping tons of liquid into the ground at high pressure in order to extract natural gas. That liquid contains toxic components and eventually finds itself into our drinking water.

The argument that the energy industry uses is that by allowing the fracking process, it will create jobs. A report, recently issued by an industry-sponsored organization, touts the number of jobs that would be created while ignoring the impact on the environment, increased health costs, and more effective alternative energy.

This approach is like saying that one solution to the jobs problem is to legalize prostitution. Like energy, the demand is certainly there, and it would create jobs for thousands of men and women who wish to enter the world’s oldest profession. I’m sure an industry-sponsored study would tout the number of jobs that would be created while ignoring the impact of increased sexually-transmitted disease and the inevitable break-ups of nuclear families.

There’s a better way to create jobs and meet our energy demands. The age of clean, renewable energy is here, and we need to ensure that our energy investment dollars are shifted from the dirty fuel industry. Today, the life cycle cost per kilowatt-hour of solar energy is cheaper than nuclear, and the break-even point for wind-generated energy is approaching quickly.

In New Jersey, alone, there are 25,000 jobs today in the solar renewable market even without a significant indigenous solar panel manufacturing capability. The ongoing thrust to capitalize on offshore wind power will create thousands more new jobs while reducing greenhouse gas emissions and its concomitant health costs significantly.

So when an industry group touts jobs as a reason to adopt a dirty policy, whether it is fracking or prostitution, take it with a grain of salt (or carbon). There are better ways to meet our needs.
Posted by Deciminyan at 7:37 AM 1 comment: