Why I Will Watch the Trump Coronation

There’s an effort afoot urging people to boycott the telecast of Donald Trump’s inauguration coronation on January 20. The rationale is that Trump adores attention and by keeping the television ratings low, it sends a message. Nothing could be further from the truth. 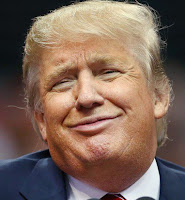 I’m not a psychologist, but it is apparent that part of Mr. Trump’s denial of reality is that he twists facts to conform with his notion that he is the center of the Universe. If the ratings are low, he will blame that on anyone but himself. Perhaps he will once again excoriate the television networks. Or come up with some other cockamamie story to justify his self-centered world view.

We are at a crossroads in the history of the Republic, and we have a chance to bear witness to one of its failings. American exceptionalism is a myth – a worthwhile goal, but devoid of reality. While we are a nation that espouses freedom and democracy, our history is clouded by numerous sins like the treatment of Native Americans, the lynching of African-Americans, treating women as second-class citizens, internment camps for Japanese-Americans, and the refusal to admit Jews trying to escape Hitler’s gas chambers. Like those sins, the flawed election of a racist egotist is something we will have to live with and work to mitigate.

Just as I was glued to my television set after the Kennedy assassination, and after the 9/11 attack, I will bear witness to the latest tragedy that is about to befall this nation. Turning off the television on Inauguration Day is akin to an ostrich sticking his head into the ground.

It won’t be pretty. My blood pressure will rise when Trump delivers what is bound to be an incoherent and scary speech. But out of anger comes strength, and I’ll be on the streets the following day supporting the We are Women march. And I’ll continue to protest, to donate to progressive causes, and to blog as long as my First Amendment rights are still intact.
Posted by Deciminyan at 9:26 AM