When Barack Obama became President of the United States, the bar for success was quite high. After all, an African-American (or a woman for that matter) would have to work twice as hard just to stay even in the court of public opinion.

Obama’s administration was generally successful, given the stated goal of the Republican Senate and its Majority Leader to defeat him at all costs, regardless of the consequences. Health Care, the Environment, and LGBTQ rights were among the successes. Not as prominent, but probably more difficult was the reduction of the deficit and the soaring employment numbers. Of course, much of this will be undone by Trump.

So while the bar was high for Obama, where should we set the bar for Trump? Given his general incompetence, his “me first” attitude, and his coven of crazies, I will consider the Trump administration successful if by the end of it he hasn’t started World War III. But I’m not optimistic. 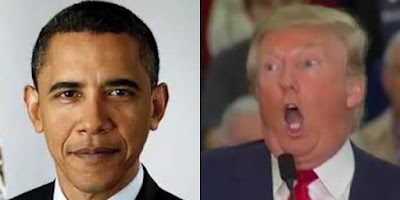 Posted by Deciminyan at 4:39 PM